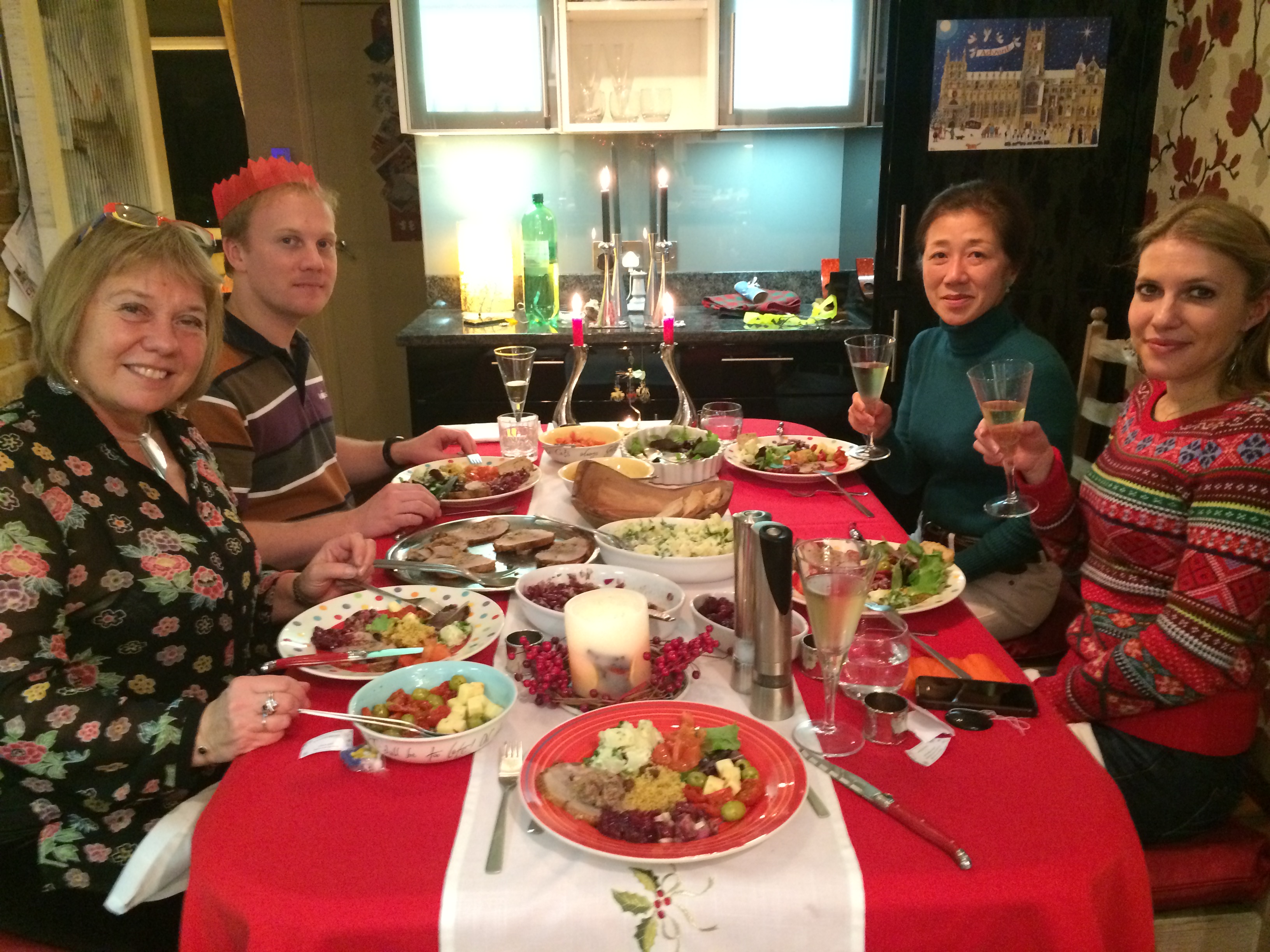 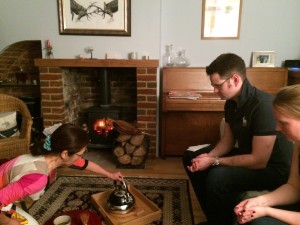 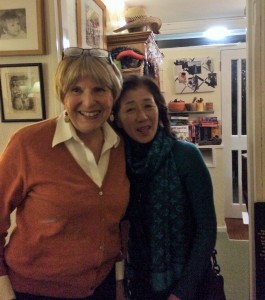 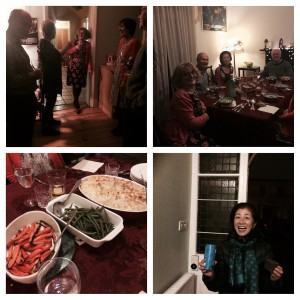 How glad I was when I arrived at St. Albans station!

I am Masasko Iwasaki from Japan. This was my second visit and stay for 2 weeks at the same teacher Kate, and Peter. At the first lesson on 27th Dec., I said to Kate that I wanted to meet the native English people and talk with as many as possible because I really wanted to integrate well into the community and know the living English even though my stay would be quite short.

What amazing experiences I had!

Twice I had a 2 hour walk on Sundays with lovely neighbours, a New Year’s Eve dinner at Ali’s house and several New Year’s parties at Kate’s friends’ houses and a New Year dinner with Kate and Peter’s family. These experiences encouraged me to talk with the native English more. Kate booked the tickets of the film ‘The Imitation Game’ at the newly opened cinema, the Odyssey in St Albans. Later took me to Bletchley Park which was closely related with the film. At Bletchley Park, I had more information of historical nationwide ties during the world war than I expected.

I took real life English lessons on the issue of The Food Bank and Zero hours contracts.It was interesting subject to discuss without the text book. Also I had a good opportunity to perform the Japanese Tea Ceremony.

During these two weeks not only did I learn more about British culture but also I shared information about Japanese culture with people who were very interested to listen to me.