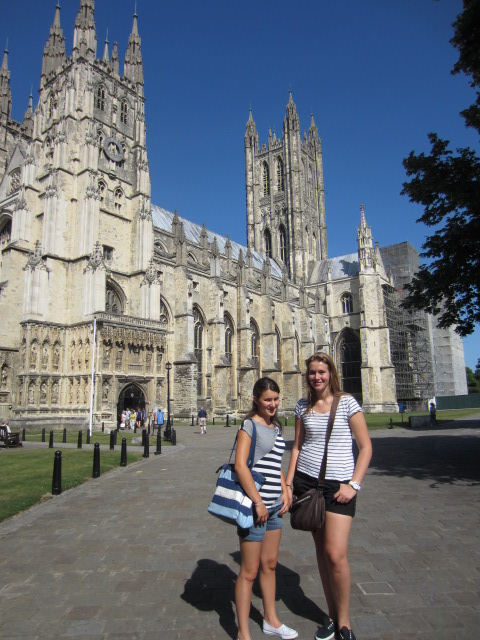 Hello, we are Audrey and Maria,we come from France and Spain, we are fifteen and we stayed two weeks in Margate, England, a beautiful town in the coast.

We lived with Ella and her family in a lovely house. We arrived the 12th of August. Every day in the morning, we had lessons. In the lessons we did lots of games, a lot of vocabulary, some practice of grammar, speaking, listening, reading and writing.

All the afternoons we went out. During this two weeks we visited a lots of places (Broadstairs, Canterbury, Dover and Margate ) We went shopping, bowling, we played mini golf, went four times to swim in to the sea because the weather was very nice, we went to the cinema, at the museum of Monstrosities, shell grotto, Deal castle, Dover castle, Walmer castle, the Turner Contemporary gallery and we had free time. The food was delicious, Ella is the best cook in the world !

We enjoyed most of all swimming in the sea .

We enjoyed a lot those two weeks and we hope will come the next year. 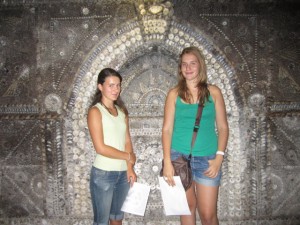 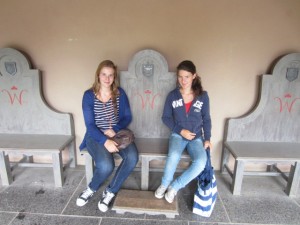 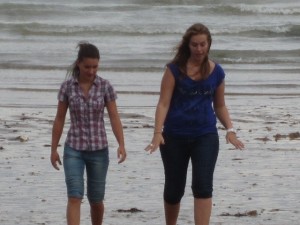 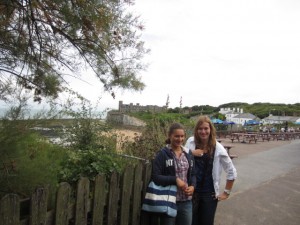 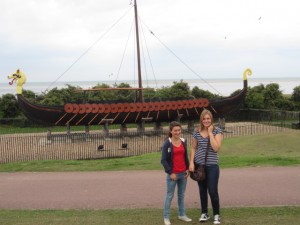 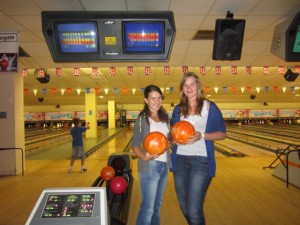 i’m from Russia and came to England for 4 weeks)i’m stay in tricia’s house,i come to England because i like learning English!!)

My name is Anatoliy and I am ukrainian

I enjoyed lessons as well as my free time. I had a nice opportunity to experience English life . I had wonderful trips to Bath, London, Canterbury , Chatham and so on. Besides this, I went to Mat’s (my teacher) parents and watched a rugby match. We spend lots of time playing tennis, crazy golf and some board games. I think it was really amazing and absolutely great. Thank you Matt and Elaine!!! 🙂 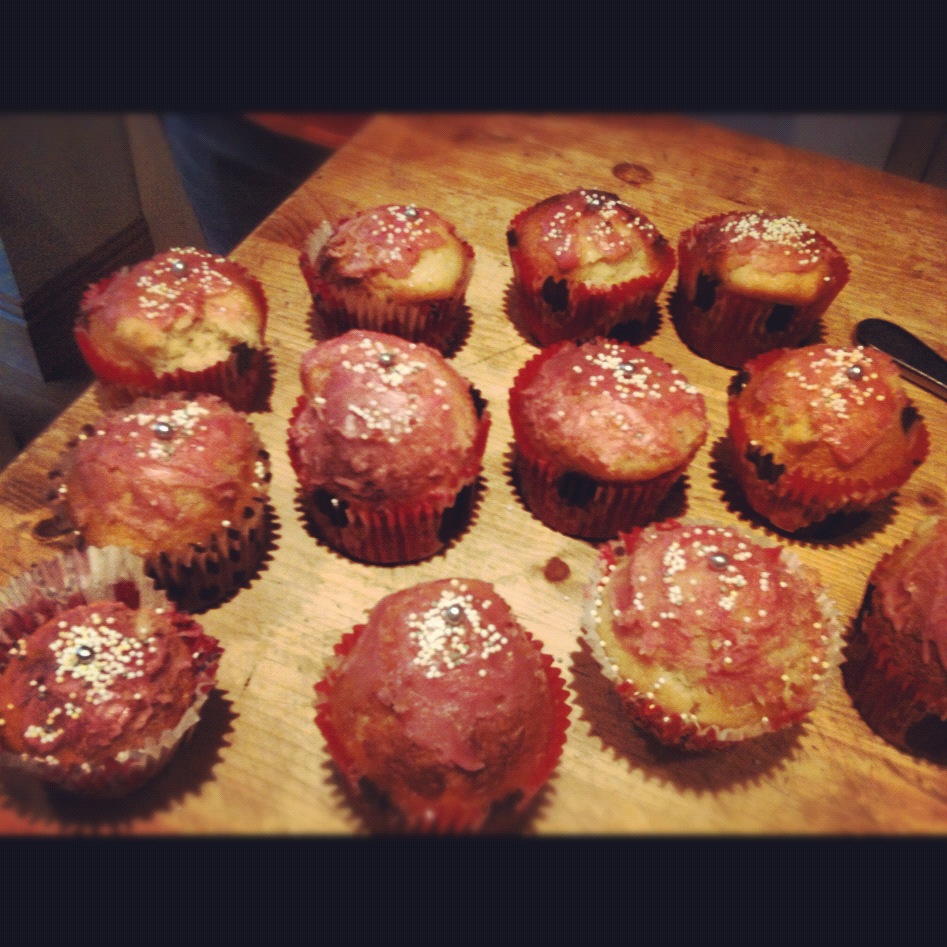 Hi! I’m Alexandra and I come from France. I’m 17 years old. I spent two weeks in Sandwich with Margherita, my Italian mate with who I get on and my lovely teacher’s family.

We visited a lot of places like the Wingham Wildlife Zoo where we could touch a snake and an iguana, and the impressive Dover and Walmer castles.  We also went to the beach twice in Birchington and Westbrook and the weather was amazing!  We made the most of the sun to get a tan.  What I preferred was Canterbury.  It has a very impressive Cathedral and pretty City where we enjoyed delicious hot chocolate and scones in Tiny Tim’s Tea Rooms.  Margherita, Tristan – my teacher’s son- and me played tennis, not very well which was why it was funny!  We were invited to Madeleine’s leaving party, my teacher’s niece.  We met nice people and ate delicious cup cakes. We made cup cakes too but Madeleine’s ones were better 🙂  Margherita and me went to The Salutation Gardens where my teacher’s daughter Harriet works.  It was very colourful and beautiful. We enjoyed doing the trampolline.

Margherita is a great mate.  We shared nice moments and laughed a lot!  I would like to thank my teacher for her hospitality.  She was a very good teacher and lovely with us and I really liked my stay in England! 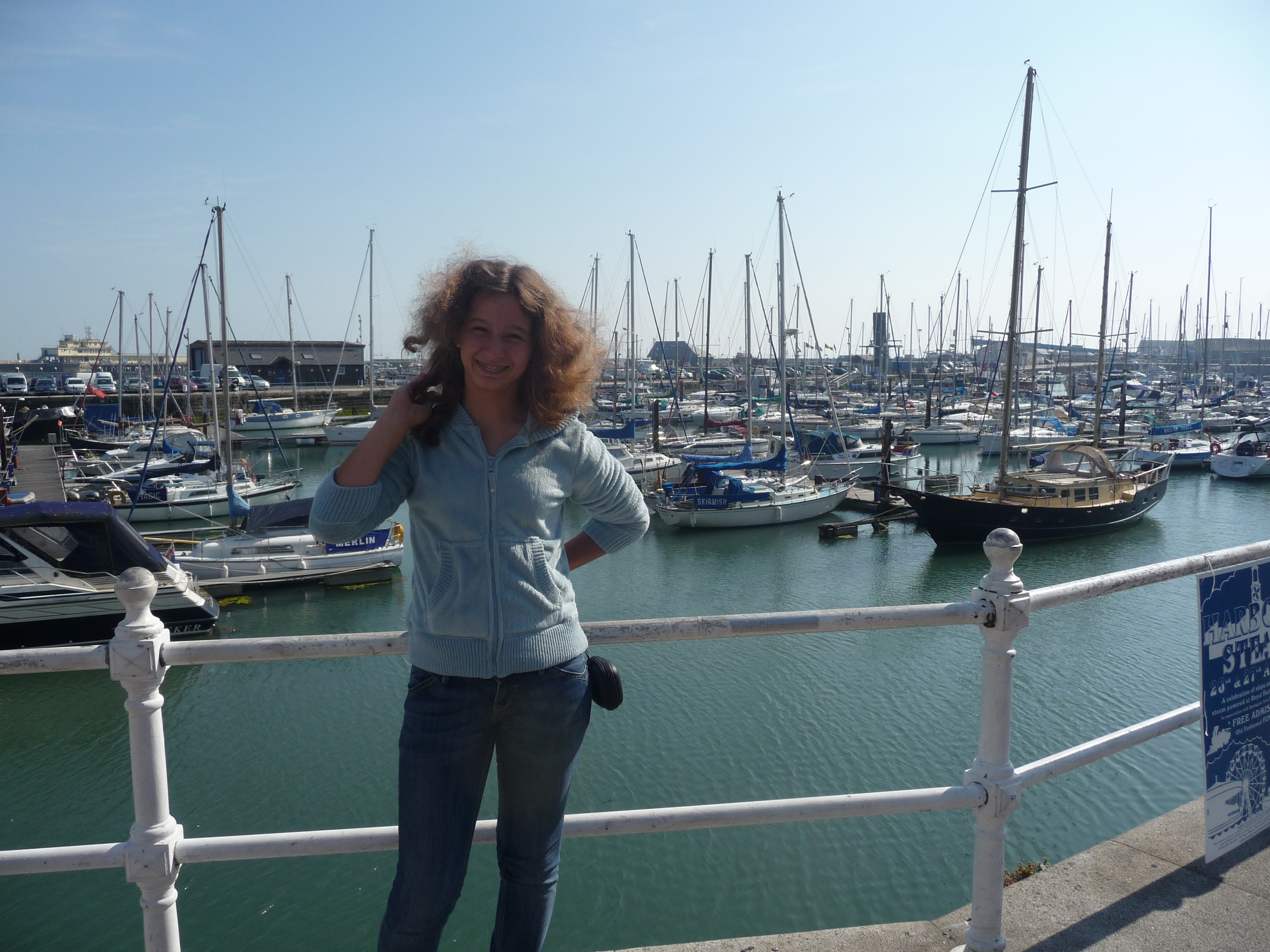 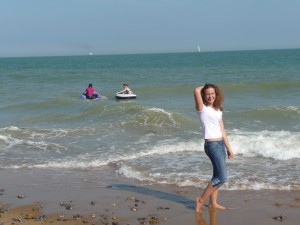 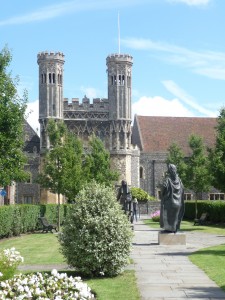 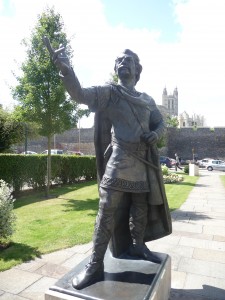 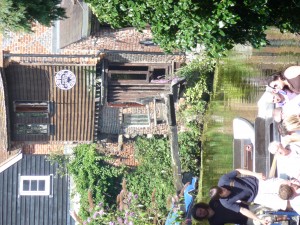 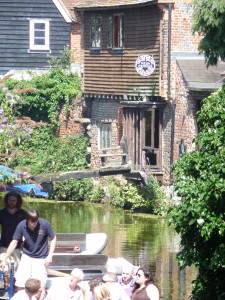 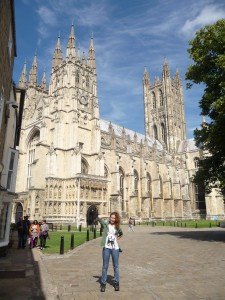 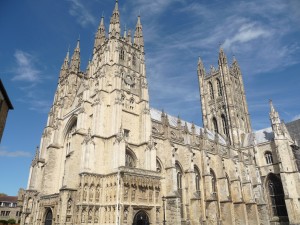 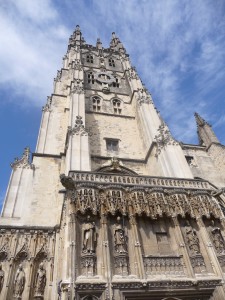 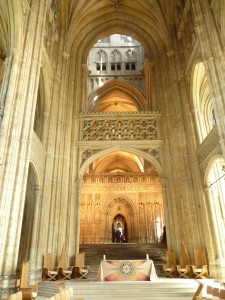 Hello, my name is Maria, I am fourteen and I am from Ukraine.  I had a two-week course in Margate, England, in the Ella’s and Jim’s friendly family. I really enjoyed my course, lessons and communication with Ella, Jim and Alexandra.

I arrived to Margate on the 29th of July, in the afternoon. And I was pleasantly pleased with friendliness of family. Next two days I explored the town. I enjoyed everything I saw, smell and touch. Ella and I also visited the new Art Gallery with Traicy Emin’s pictures. As for me, that was the only disgusting thing in the all course.

The third day was dedicated to castles. Jim and I went to Deal Castle and Walmer Castle by car. These ancient castles were built in the 16th century to protect new church from Pope. But the most I liked the gardens in Walmer castle. They are charming! If I could, I would live there.

The fourth and the fifth days were given to sport games. Alexandra and I went playing golf and bowling. It was very entertaining for me. Lessons were also very interesting and full with knowledge.

On the sixth day we visited Canterbury. We saw there two monuments to king Ethelbert and his wife Bertha, who embraced

Christianity in England. We visited the most haunted street in the country – St. Margaret’s Street and we inspected the Roman Baths and a room with ghosts in the Tiny Tim’s Tearoom. Before visiting Canterbury Cathedral we have seen the hospital for pilgrims – an old hotel for poor travelers and a Ducking Stool – a special chair, which was used for detecting witches. A woman was ducked, and if she died – “Sorry, it wasn’t a witch…”, but if she survived – “This witch must be killed…!” A couple of minutes later we attended a service in the cathedral. It was wonderful, it was magnificent! I liked it very much! After service we attended the pace where Archbishop Thomas Becket was murdered.

The main impressions of the rest of my coarse were Carnival ( it was a bit boring), museum of monstrosity ( it was very funny for skeptical me),  the cinema (The Dark Knight rises!) and Oxford ( a picture gallery). Thank you very much for these amazing two weeks. 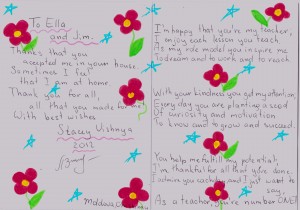 My teacher is the best in the world. He gave me the most fantastic food and we made our own pizzas. My English has improved much more than I expected at the beginnig of the trip. So I advise you to ask for Michael Bound ! Thank you Michael Bound

This journey has been my first time that I’ve gone to England. It was very interesting and I think that my level of english has increased. I’ve visited a lot of places. I’ve gone to shopping with my partner and Cathie’s daughter,eaten a lot of foods different to my country,visited other parts of England for example Canterbury,Ramsgate and Whitstable,learned to listen a language and got by with a language…I’ve done a lot of things more as go to swimming pool,to Sandwich with my partner ,to London,to a musical of Harriet’s school,to the cinema for see Spiderman,watch the match of football in the Final Cup between Spain and Italy,cook cakes,see the Olympic Torch,watch a lot of films in English…

The thing that I like more is when we went to London,because I wanted to visit London and see the Big Ben,the London Eye,the Buckingam Palace.I enjoyed them! When l arrived to London,l couldn’t believe that l visited London!My partner Zarina has been very nice and a very good partner.l think that we’ve had a friendship and we can speak on facebook.Kathie looks after me very well and in these weeks she has been my ”second mum”.She has tried a lot to teach me.I give her the thanks for everything.These three weeks l’ve enjoyed and l’m very happy to come here.l’ve been very lucky! l hope that the next year will be as this year or better.

Hello! My name is Zarina and i’m 16 years old. I’ve been in Sandwich for 3 weeks with another girl from Spain – Sara. I really enjoyed it. We went to Ramsgate, Canterbury, London and etc. We went shopping, where I bought a lot of things fo me and for my friends. We went to the cinema, where we watched “Spider-Man”. It was great! I think that now my English is better and I really want to say ” Thank You” for my teacher. I lived with a good family and I found really good friend – Sara. I will miss them.

First we’d like to introduce ourselves, we are Elizaveta from Ukraine and Federica from Italy.
We spent two wonderful weeks in Margate, England in June.
We had a great opportunity to immerse in English family life, go on interesting excursions and learn a lot about the language and the customs of English people!
We lived in a marvellous family where we could feel very comfortable; we had lovely meals together (our teacher, Ella, was also a great cook!), we watched some interesting films and spent a very nice time all together.
We explored Margate in a very complete way: we visited the most famous tourist attractions and also had the possibility to hang through the streets and have a look at the different shops! We visited some castles (Walmer Castle, Dover Castle, Deal Castle, Leeds Castle), Canterbury (Ella took us at the Evensong in Canterbury Cathedral: it was simply gorgeous!) and did a lot of different activities, everyday!
Our lessons also were very interesting! Ella is a very good and friendly teacher and we enjoyed every lesson with her. She proposed us funny language games that had helped us to improve our languageskills having fun! Anyway the best thing for learning a lot is to be completely immersed in the English world and have just to use English, in every moment of the day, to communicate; this has permitted us to improve a lot our speaking and listening skills.
We would suggest this great experience to everyone who wants to improve his/her English!