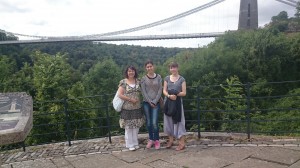 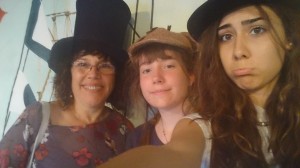 We are Julia, from Spain, and Solene, from France, and we  have spent two weeks in Bristol. We lived in Lesley’s house, and we had English classes every morning. In the afternoons we visited the city, four days with our teacher. We went to the science museum, where we saw two actors, one from Homeland and the other from Harry Potter! We explored the SS Great Britain, the first iron ship to take people to America. We also visited two museums, two houses, a cathedral and, of course, the Clifton Suspension Bridge. On Saturday we went to Bath and, in the fashion museum we dressed up like Victorian women, The dresses were so heavy !! We walked around the narrow streets and the abbey. And of course we did some shopping, Julia gives the shops 8/10 ! We were both worried about the food in England but It wasn’t so bad after all ! The people were nice, we met some of Lesley’s friends. Although we had only 3h of lessons, we spoke all day in English. And now we are starting to think in English ! 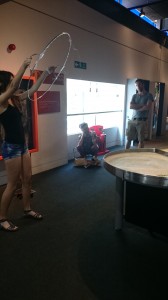 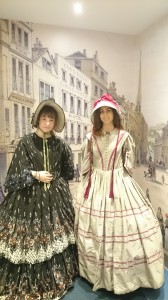