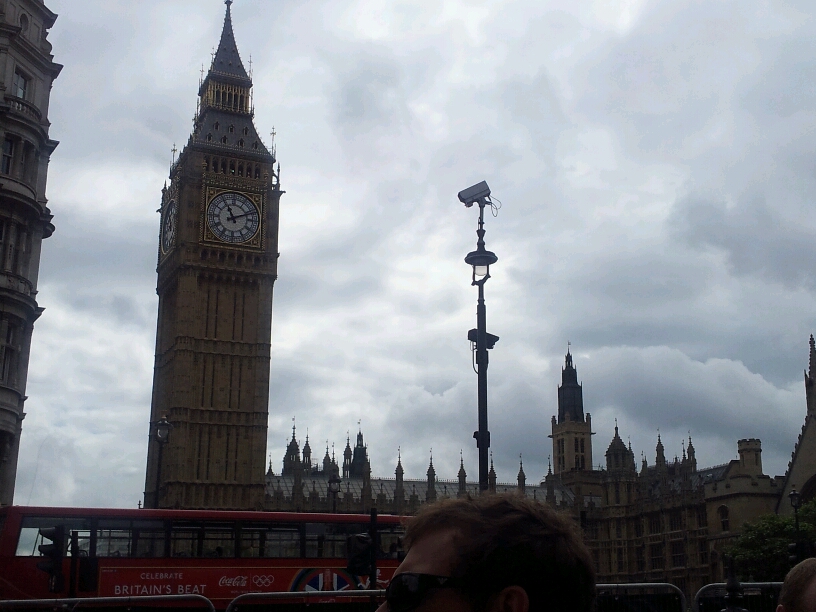 One week ago I arrived at  Luton airport and felt very excited because it was my first time in England. My teacher Caroline and her husband Jerry picked me up at the airport. They were so friendly and I didn’t feel stressed any more! They live in Welwyn Garden City and their house is typical English made of bricks and with a beautiful garden behind it! Also their three children Kate, Dominic, Tom and his girlfriend live there and are very friendly. My learning partner Alicia arrived the same day as me from Spain… She’s very friendly and funny! And I like her very much! Together we do many interesting things and we have always something to laugh about:)

All the family has Olympic fever! Fortunately Kate works for an olympic company and we got tickets for the Canoe Sprint tomorrow!! That’s so amazing!! This week I’ve had a lot of experiences! In the morning we have some English lessons with Caroline and in the afternoon we do excursions. Thursday for example, Alicia and I went with caroline and Jerry to the olympic park.There we saw some celebrities like Jamie Oliver! The atmosphere was just fantastic and we enjoyed the day very much! Yesterday we went for a sightseeing tour to London. There are a lot of attractions and we saw some of them like  Big Ben,  St.Pauls cathedral, the london eye, Shakespeare’s Globe theatre etc… Alicia and I also have Zumba lessons twice a week!

I hope the following week doesn’t pass so fast las the first! I’m thanking Caroline and Co. for her commitment!!